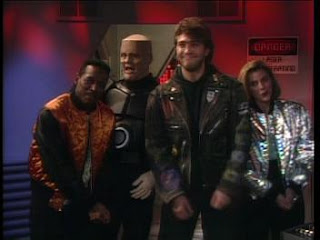 Martin Lejeune and Owen Ward from the Extended Edition podcast join me to discuss the two attempts at bringing classic British sit-com Red Dwarf to the US. We talk about the odd casting of Lister, the perils of adapting an existing show but not changing much and wonder if Rimmer is supposed to actually be a character in this or not.
Listen to "Drop The Pilot Podcast" on Spreaker. Martin's Twitter
Owen's Twitter
Extended Edition Site

Drop the Pilot is a podcast about Television pilots that were not picked up, hosted by Jimmy Brown. So, What's the Problem? is a podcast about watching movies of our youth through a modern eye and a sense of humour. This site is run by Shifty Bench.

Jimmy Brown
A Scottish guy in his 40s who loves Television and movies.