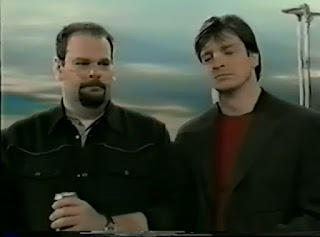 Tysto from Tysto Commentaries joins me again to discuss the show Nathan Fillion did for pilot season right after Firefly's untimely cancellation. We talk about the cast, the unfunny dialogue and the second attempt at the pilot six years later.We also discuss "will they, won't they" plots in shows such as Castle, Cheers and Moonlighting and small tangents spawn from that.  Tysto likes this more than me but we both think it is nobody's loss that it didn't get picked up. Apologies for the dodgy sound on this episode, hopefully it will be fixed for next time.