So, What's the Problem? Every Problem and Positive (part two) 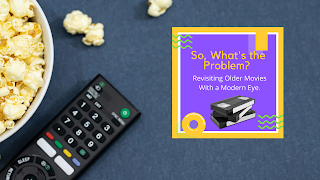 In our final anniversary celebration post (finally), here are every official problem and positive from year two of out podcast. Covers the movies 48 Hrs. (episode 35) to Prom Night (episode 70).  You can find the first part HERE

Three- The entire Busboys song plays live in the bar.

One- Misogyny. And homophobia.

One- The marketing is based on the naked body of a 16 year old girl.

Two- The depiction of the angry closeted homophobe.

Positive- The direction or the score.

Two- Lester looks in shape when he’s supposed to be out of shape.

One- Bad sound mixing regarding a laugh in the crowd at the start.

Two- The way the guys talk about Stephanie, including the robot.

Three- Stephanie is terrible at looking after animals.

Positive- It’s a family movie, aimed at families but has no forced kid characters.

Three- Herself because she can’t buy the robot developing feelings.

Positive- The movie has heart.

One- The use of the word retard

Two- Brett didn’t get shot between the eyes, it was above his right eye.

Three- The movie loses me in the third act.

One- The use of the word retard.

Two- Judge number one, the pervert.

Three- Brittany Murphy outs her brother to her dad.

One- It plays like a connection of sketches. It’s not well written.

Positive- The main themes on the soundtrack.

One- They should sleep in a tent at night, there are snakes!

Two- Sue takes pictures of the tribe without consent.

Three- In NY, people would be looking at Mick and complaining he’s bumping into them.

One- People mistake this as a sequel to the movie due to the marketing.

Two- The chicken is annoying.

Positive- The fact that this movie got made and Disney taking risks.

One- The movie was so forgotten, she thought she imagined it.

One- No difference in tone between the real world and the fantasy world.

Three- The relationship is based on Jack knowing Janet and not Louise.

One- Jack yelling at Louise.

Three- Jack was going to let the producer choke to death to get what he wants.

Beauty and the Beast

One- The curse makes no sense.

Two- Belle has no arc, she’s just there to move everyone else’s plots along.

Positive- The movie is gorgeous to look at.

One- The enchantress is a bitch.

Two- Both the Beast and Gaston are abusive.

The Adventures of Mark Twain

One- Who is this movie for?

One- The “Mark Twain is going to let these kids die” fake-out.

Two- Clay people making people out of clay is freaky.

Three- Tom Sawyer goes into his own book and knows Twain wrote the book.

Positive- The detail of the animation.

One- Did the parents abandon them? It’s confusing.

Two- The Care Bears are a cult of creepy stalkers.

Three- Why does Kim want to be a nurse and Jason a jet pilot? Not very progressive.

Positive- The movie is short.

One- The opening song is bad.

Two- The kids change their attitude far too quickly.

Three- Not naming the evil spirit is lazy.

Starchaser: The Legend of Orin.

Three- Who is this for?

Positive- Finding out that Dag means bit of sheep's wool covered in poop.

Two- The beginning is depressing.

Three- Orin getting a new girlfriend right after his other one dies.

Positive- The slaves get freed.

Three- He wouldn’t be allowed to sit at Graduation naked.

One- Bugsy Malone is not as advertised in his title song.

Two- The adult voices coming from the kids’ mouths.

Three- The character of Leroy Smith is pointless.

Positive- The creativity of the movie.

One- The kids singing with adult voices is weird.

Two- The outfits of the young female dancers.

Positive- The general idea of the movie is interesting.

One- The voice changer makes no sense.

Two- Adding too much to the mum’s back story.

Positive- What the movie does with Sidney.

One- The ghost mom. It’s hard to tell what is real and what’s in Sid’s head.

Three- The retconning changes the meaning of the first movie.

Halloween III: Season of the Witch

One- Dan is the worst protagonist.

Three- Despite the use of title cards, the movie isn’t very coherent.

One- Dan is terrible.

Two- It’s a gory movie/the shot of fingers in the eyes.

Three- There’s no need for the sexual relationship.

Two- Who is watching the cat while they are away?

Three- Women in this world are here to breed and that’s it.

One- The nun and child relationship.

Two- How did the bad guys know where they are all the time?

Three- They murder a man and Julius doesn’t care.

Positive- The “I’ll be back” was subtle.

One- Jim Belushi’s character is an asshole.

Two- The man in disguise is not a transvestite or drag queen.

Positive- The hero is Russian and a better cop than the Americans during the Cold War.

One- The bad guys have good aim except when it comes to the main characters.

Two- They focus too much on the naked women.

Three- What is the point of the sex worker? Why didn’t she just run away?

One- The meta movie world makes no sense. Is the animated cat in the Jack Slater movies?

Two- This movie has a terrible CG explosion.

Three- It’s too long and the third act drags.

One- The timing during the house robbery scene makes no sense.

Three- The music when the Asian man opens the door.

Two- The two protagonists bond over the kid lusting over a sex worker.

Positive- Dutch says Doyle is his friend and he’ll never be the kid’s father.

One- Dutch the person.

One- What was the point of Bennett faking his death?

Two- Is Matrix a Mary Sue?

Positive- the score or the stunts

One- The woman at the start just wakes up and she has a full face of make up on.

Two- Why is Cindy involved at all?

Three- Cindy doesn’t get her time to shine.

Positive- A black woman being the sidekick.

One- Harry is a fucking man-baby.

Two- The tech guy pees and doesn’t wash his hands but uses the equipment in the van.

Three- How much has passed before the last scene?

One- “Women, can live with them, can’t kill them”

Two- The movie is too long.

Jingle all the Way

One- The movie score is OTT and in your face.

Two- The movie’s morals are kind of strange.

Three- The kid gives the toy to Myron.

Positive- The movie is short.

Two- Movies about horrible fathers that we’re supposed to root for.

Three- Why don’t they realise Turboman is Howard sooner?

Three- Santa and Gideon killed the husband and the kids so Ginny can learn a lesson.

One- The parents are poor but have a lot of money in savings.

Two- Gideon is a strange man talking to kids and turns up in a little girl’s room.

Three- Who gets a Christmas tree on Christmas Eve?

Positive- It’s interesting despite being depressing.

One- The score is very distracting.

Three- Does Jamie Lee Curtis have to be naked?

Positive- The message of the movie.

Positive- The score is amazing.

One- The wasted pizza.

Two- The movie looks too dark

Three- Watching young Drew Barrymore knowing what happens to her.

One- I don’t buy Neve Campbell and Rachel True as outcasts.

One- I don’t buy that this movie takes place in L.A. due to the rain.

One- The score at the start.

Two-. Kate babbling during her speech is lazy.

One- The James Brown car alarm is out of place.

Two- Why does the plot hinge on Walter finding Nadia attractive?

One- "I've never hit a woman before but…"

Two- When Nadia sobers up, Walter won’t let her go.

Three- How can they be in love with each other after such a brief time?

Positive- When Nadia breaks up the marriage.

One- The psychiatrist lady is correct and the captain is wrong.

Three- The final fight is kind of boring and poorly directed

Positive- Race between Roger and Riggs isn’t an issue.

One- Is the nudity essential?

Two- The entire family barging in on Roger taking a bath.

Two- Nadia gets deported for the webcam thing.

One- The line, “lifetime supply of pantyhose or some shit”

Three- You don't use two condoms at the same time, it's unsafe.

Positive- The female characters are in control of the sex.

One- The opening credits scene is too long and nothing to do with the actual movie.

Two- Dennis Hopper shouldn’t be able to snap his fingers with no fun.

Two- The newscaster who reports on Beth Grant’s death.

Positive- It’s a thrilling movie even on a re-watch.

One- It’s not the lighthearted movie it appears to be.

Three- Paul beats up someone who clearly has issues.

One- Josh throws his bag away but never picks it back up.

Two- How does he get the stuff in his apartment so fast?

Three- Nobody seems to think Josh has a mental issue because he doesn’t pretend to be an adult.

Positive- It’s not as icky as it could have been.

Positive- Shelly is the best stepmother.

One- The mom backstory retcon.

Three- The existence of this movie.

One- Brownface is still a thing.

Two- Why send Johnny 5 to Ben in a big city?

Three- The scene where Five is destroyed is fucked up.

One- How fake the opening looks.

Three Men and a Baby

One- The opening credits.

Three- That was absolutely a giraffe and not a dinosaur.

Positive- Chemistry between the leads.

One- They show a whole naked female baby.

Two- Leaving the baby but not supplies.

Three- Don’t take a baby to a drug deal.

One- The teens look too old.

Three- Leslie Nielsen vanishes from the movie but doesn't die.

Positive- The killer is tragic and sympathetic.

One- It's slow and boring

Two- Why would you take the sister of the girl you accidentally killed to the prom?

Three- The voice overs are out of place.

Positive- The killer is sympathetic.

Popular posts from this blog 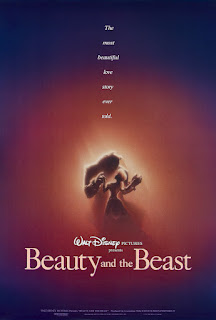 It's the first episode of Animation month! Jen has picked this classic tale that was the first animated movie to be nominated for best picture. Oliver & Company was snubbed! They talk about Disney movies of the 90s (and 80s),Stockholm Syndrome and ponder just how this curse works. Next week, a non traditionally animated movie. Contains strong language.  Me...
Read more 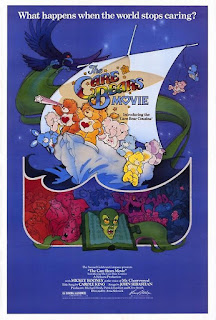 Oh, dear. Jen and the podcast's very own Grumpy Bear, Jimmy, discuss this favourite from the former's childhood. And the latter just isn't having any of it. They talk about the cast, fawn over one in particular, Jen talks about the artist behind some of the bears and disbelieves Jimmy about the existence of a show from his past. Oh and Jimmy accuses the Care Bears of being stalkers, enjoy! Contains strong language.  This movie could have been written today...and then just ended here...
Read more 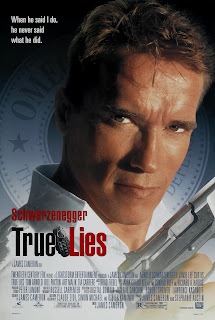 In the penultimate episode of our Arnie season, Jimmy and Jen talk about movie written and directed by a dude who was just coming off his third divorce and therefore dislikes women at this moment in time. What? Contains strong language and talk of sexual assault of a minor.  Big fucking man-baby...
Read more