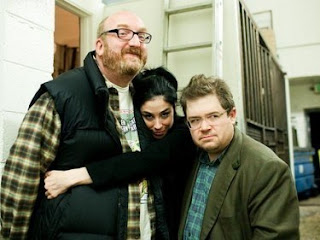 Martin and Jimmy talk Super Nerds, a sit-com, that would have aired on Comedy Central, created by and starring Patton Oswalt and Brian Posehn. We really wanted to like this but... it's not very good. We discuss stuff like just how badly the female characters are written, comedy foreigners and where we first knew the cast from. And Spaced. We like that show. This pilot replaces one called Stick Around (1977) that I felt we couldn't talk much about but I may still do in the future. Contains strong language.

Listen to "Drop The Pilot Podcast" on Spreaker.
View the pilot on Youtube
on August 12, 2019