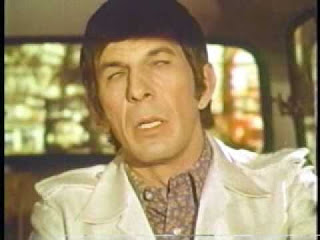 Tysto returns to talk about a pilot with a very apt name, Baffled. Leonard Nimoy stars as a race car driver who receives psychic powers somehow and becomes a paranormal investigator. And this wasn't picked up! This is one of those episodes that we encourage you to watch the pilot first if only to appreciate just how lost in the plot Tysto gets. As this is a feature length pilot, this episode went a little long so will be split into two parts.


Listen to "Drop The Pilot Podcast" on Spreaker.

Oh, there are two versions of this on Youtube, the one we watched and one that is split into parts and is structured better at the start. We found out about it too late but figured we watched the TV version  and the other is the cinema/DVD version, so we watched the one we should have. This one-