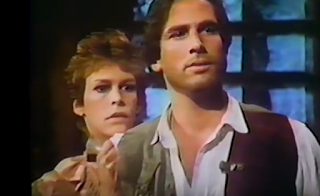 My friend Tyso from Tysto Commentaries joins me again to talk about the goofy comedy pilot Callahan from 1982. It stars Jamie Lee Curtis and Ellis from Die Hard before he was Ellis from Die Hard. As a contrast to last week's episode, I actually like the pilot more than my guest does but that isn't actually difficult as Tysto hates this. I think he is being silly and not to be taken seriously, just like the pilot. In all seriousness, I don't think it is that bad... but it certainly does have problems. Next: A very special episode of Drop the Pilot...