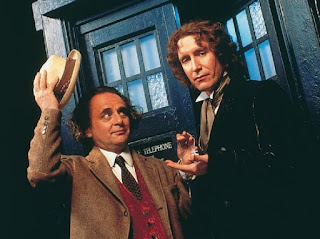 For the second anniversary of Drop the Pilot, Martin, Owen and myself delve, again, into the world of Doctor Who. This time, we talk about the TV movie that was intended to kickstart a new American series. We discuss all sorts of stuff and some of it even related to the pilot we watched.Shockingly, none of us hate it. It is what it is and Paul McGann is awesome.  Enjoy! The pilot is readily available on DVD /Blu-ray, streaming on Britbox in the UK and on Dailymotion in two parts but I don't know how long for. Links below as usual. End theme- Doctor Who main theme performed by Owen Ward on his guitar.
Listen to "Drop The Pilot Podcast" on Spreaker.
Part One on Dailymotion
Part Two on Dailymotion
on January 27, 2020 No comments: 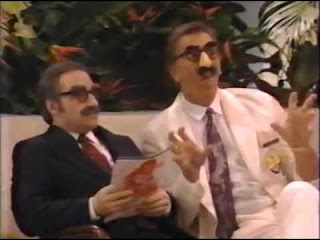 Tysto joins me again to rant about the truly abysmal Dr. Paradise starring Frank Langella. You want to hear me get noticeably angry at a pilot? This is the episode for you. It's so bad, I almost asked Tysto if we can do something else but we persevered... then recorded something else after anyway, just in case (but released that first). This thing just does not know how to sitcom properly. Contains brief strong language. End credits music: Dr. Paradise theme by Kid Creole and the Coconuts.
Listen to "Drop The Pilot Podcast" on Spreaker.
Dr. Paradise on Youtube
on January 14, 2020 No comments: 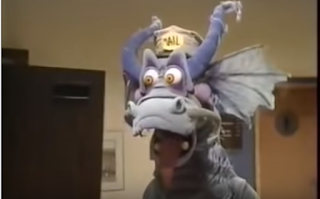 Tysto joins me again to talk about Puppetman, created by Jim Henson and directed by Drop the Pilot alum Alan Rafkin. We recorded on short notice so I just read the synopsis off of the amazing Muppet Wiki site. Thanks to whoever wrote that, I forgot to say so in the episode. I only had an hour to prepare, so it's a tad more slapdash than usual. Enjoy! Note: My dog is deaf so when I tell him to go away and call him a pain in the arse, he can't hear me. No dog's feelings were harmed during the making of this podcast. Charlie's awesome.