Jen from Pilot Inspectors and soon to be a regular host on the Once More With Feeling podcast joins me to talk about the animated demo/pilot for Buffy the Vampire Slayer. We talk about why it didn't get picked up as well as the cast who return, the ones who don't and the animation style. It's under 4 minutes long, so I thought this would make for a good bonus episode. Contains strong language and spoilers for Buffy (including the season 8 comics) and the finale of Angel, sorry. The short is on Youtube and I have linked to it below. End music: Buffy Theme by Nerf Herder, covered by Epic Trailer Music UK

Listen to "Drop The Pilot Podcast" on Spreaker.
View it on Youtube
on March 29, 2019 No comments: 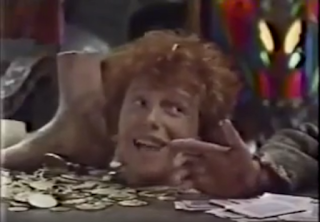 During our Coming to America episode, I told Tysto that it aired on the same night as a pilot called Shivers and that I would cover it eventually. Well, just over a year later, here we are! Was it worth the wait? What do you think? It's basically a Beetlejuice rip-off and there is so little to talk about, we end up looking through the cast's entries on IMBD to find something, anything interesting. Then I pad it out with music at the end, enjoy! 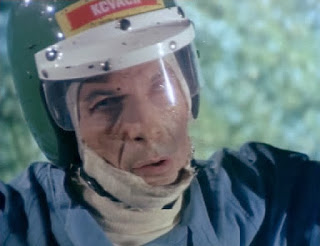 Last year, Tysto and I recorded an episode for the 1970s supernatural thriller Baffled starring Leonard Nimoy. It was so long, I released it as two parts but here it is as one long-ass episode. So, you can enjoy Tysto's descent into madness in all it's glory, mistakes, tangents, overused running gags and all. It's extended too, with bits that were previously edited out and it contains strong language. 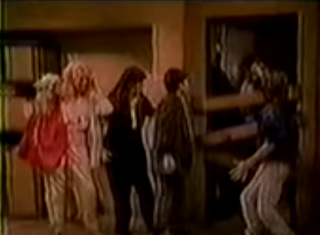 I am joined by writer and co-host of the Fallacious Trump Podcast, Jim Cliff to chat about the TV version of Adventures in Babysitting from 1989. We have a good discussion despite the pilot giving us pretty much nothing to talk about outside of the cast and the links to big screen incarnation. The pilot is available on Youtube and is linked below as usual but the picture is terrible as you can see in the pic above. Sadly, it happens sometimes as a lot of these are old VHS recordings. Contains strong language because we discuss film censorship and editing the word "fuck" especially so it didn't seem right to bleep those out.


Listen to "Drop The Pilot Podcast" on Spreaker.
View the pilot on Youtube
on March 09, 2019 No comments:

My New Retro Blog Is Live! 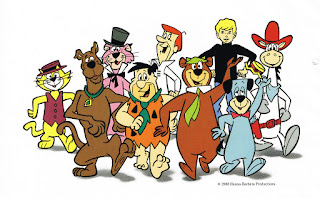 The first actual entry to my blog is up. It is called "Unbelievable Hanna-Barbera Shows That Really, Honestly Existed". In it, I cover a handful of cartoons made by Hanna-Barbera that were a tad out there, plot-wise. Adaptations of live-action shows that now include time travel, the time Scooby Doo went full on supernatural and a child star getting his own cartoon playing an angel, it's all- HERE! Enjoy!
on March 01, 2019 No comments: