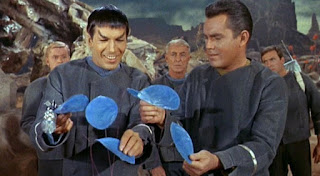 Yeah, that's right, we're going there. Martin and Owen join me to talk about the technically failed first pilot to Star Trek called The Cage. Well, mostly Martin, really. Why are we tackling this when there are plenty of actual failed pilots out there? Well, this is our one year anniversary episode and I wanted to do something special for it. Only Mr Spock would go onto the second pilot and indeed the series, albeit with a different personality. We talk about that, Jeffrey Hunter, the season one episodes that incorporate this pilot and Gene Roddenberry. The Cage is widely available out there, including on Netflix (which is how we watched it) and Amazon and Hulu in the US so no link this time round. End music: Saving the World by Aaron Kenny. 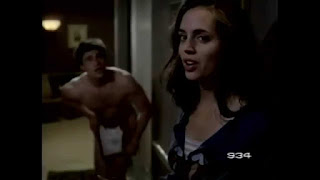 Jen from the Pilot Inspectors podcast returns to talk about the Eliza Dushku led Nurses, a pilot about Firefighters... ummm... Nurses. Dushku plays Eve who has a new job at a hospital run by her disapproving dick of a father and where her smarmy dick of a step-brother also works. We talk about the problematic nature of some of the pilot, one character in particular but we do actually give credit where it is due in parts. We also discuss the fact they were clearly copying Grey's Anatomy. Oh and there is a Buffy reunion as Tom Lenk is briefly in the pilot. This episode was recorded in October 2018.

Listen to "Drop The Pilot Podcast" on Spreaker.
Watch the pilot on Youtube
on January 11, 2019 No comments: