More Pilots that I'd like to do but can't find online. 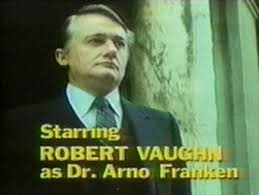 Robert Vaughn stars as Dr. Franken, a descendant of the infamous Doctor Frankenstein. He creates a monster called John Doe who proceeds to look for the families of the people who "donated" body parts for his creation in order to help them. He has all the memories of these folk, you see so naturally, scientists and authorities and hunting him to destroy him.

Cagney and Lacey (2018)
An update of the classic 80s cop show about two female detectives in L.A. Despite the original being set in New York. That is one of the reasons I want to see this. I have no illusions that it will be any good but there is a morbid curiosity for me, here. Changing the race of one of the characters (two, counting the Captain, who would be played by Ving Rhames) doesn't bother me but changing locations makes me wary. It just doesn't seem like Cagney & Lacey to me, I reckon it'll be another action reboot, like Hawaii Five-0 etc. And I want to see it.

A.M.P.E.D. (2007)
A Sci-Fi cop show created Vince Gilligan and Frank Spotnitz for Spike TV. It tells the tale of a group of cops investigating odd goings on caused by people being affected by some sort of mutation. You can tell this was written by two blokes who used to work on The X-Files. Gilligan did okay after this was axed, though, as Breaking Bad debuted the following year. 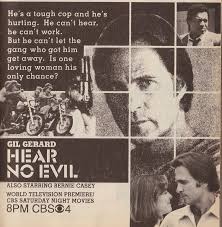 Gil Gerard, Buck Rogers himself, starred as a cop who became deaf after an accident but decides to adapt to his new disability and keep on catching bad guys. Co-stars Bernie Casey and Mimi Rogers.

Rewrite For Murder (1991)
George Clooney and Pam Dawber paired up for this hour long romantic mystery show that I can find practically nothing about online. Clooney appeared in over a dozen failed pilots in his time before
finding fame in E.R. in 1994. Any of them would be interesting to see.

Dusty (1983)
Saul Rubenik stars as a cabbie in L.A. who moonlights as a private eye when he gets caught up in a case with a legendary P.I. Features a score by Jerry Goldsmith. I love Jerry Goldsmith.

Eight Days a Week (2008)
CW drama about 4 twenty- somethings and their different jobs and demanding bosses in New York. Sounds like the movie Horrible Bosses but the reason I want to see it is because it stars Anna Chlumsky as one of the employees and Mario Lopez as one of the bosses. The show apparently suffered from the writer's strike of 2007/08 and had it gone to series, one of the roles would have been re-cast with Justin Hartley replacing Johnny Lewis. 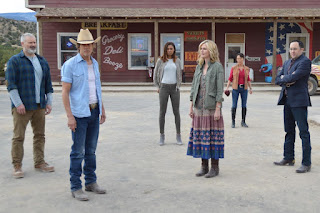 In 2017, it was announced that SyFy was interested in a Tremors TV show and that Kevin Bacon was willing to come back to play Val for the first time since 1990. Bacon had been long reluctant to do TV, only giving in after reading the script to Kevin Williamson's The Following in 2013. Bacon has only been doing TV for 4 years in 2017, it was a pretty big deal. However, for whatever reason, the network passed. Reviews from those who have seen it have been positive and Bacon, the cast and creator showed it at the ATX TV Festival this year, so they are all still interested in the project. This despite the fact that Bacon is now on a Showtime show that just got renewed. In fact, Bacon himself says there is still a chance but I am not holding out hope.