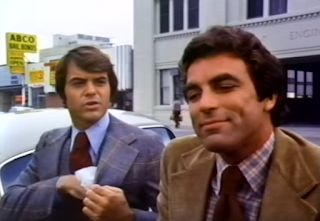 Tysto is back to have a chinwag about the 1977 cop show pilot Bunco starring Robert Urich and a moustache-less Tom Selleck. In an ongoing theme, Tysto and I have varying opinions on this although I don't disagree with him too much. We both agree that these cops are useless, so that's something. Bunco was released on home video in the mid-80s to cash in on Selleck's fame as Magnum. This thing isn't even feature length but it got a videotape release. Check out the very 80s cover that really doesn't go with the show at all. And on Beta! 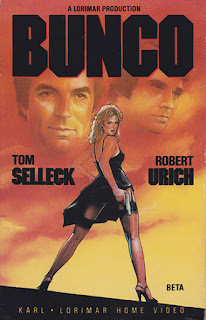