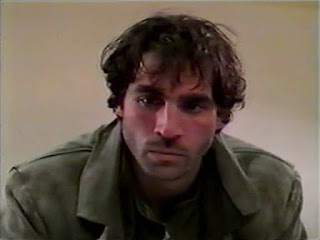 John Pavlich  returns to hear me talk about the Tom Holland (Fright Night, Child's Play) directed action pilot The Owl. And probably wishes that he hadn't bothered. There is also a feature length version directed by "Alan Smithee" that was released on home video only in Europe We will be talking mainly about the Tom Holland version that actually aired on US TV but do cite the differences.