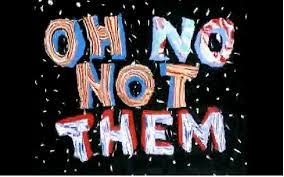 The Holy Grail of unsold pilots. This is the US version of classic British show The Young Ones but instead of 4 students, it only has 3 and sees Nigel Planer return as Neil. Nothing exists of this online apart from an opening sequence. There are no other clips or even photos but I want to see it so bad. It also has Jackie Earle Haley in it.

The Bakery (1990)
A pilot that follows a police precinct located in an abandoned bakery though three different time periods, the 60s, the 90s and 2000. The show would concentrate on race relations, obviously with the 60s but by 2000, white people are a minority group in L.A.

NYPD Mounted (1991)
A few years before NYPD Blue, Dennis Franz starred in this as a grumpy New York cop who is transferred to the Mounted Police. It's funny because he can't ride a horse!

Just Deserts (1992)
The pilot that mis-spells "desserts", this is about a demon that looks like Joel Grey who runs a hotel. The show would be an anthology type show in which certain guests would get their comeuppance for whatever reason. The pilot saw a sexist man wake up to discover that he has become a woman himself. 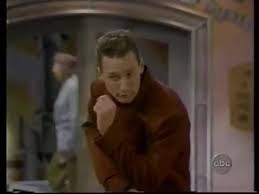 Or "The One That Almost Cost Matthew Perry His Role On Friends". This show is set in the future and stars Ryan Stiles as a weird accented robot. Directed by the Russo brothers who directed a bunch of MCU movies.
Keys (1994)
A few years before they starred in CSI together, Marge Helgenberger and Gary Dourdan appeared in this. It tells the tale of a female investigator who returns home when a crime against a family reflects something that happened to her in the past.

The Prosecutors (1996)
The lives of three female prosecutors including one in a wheelchair played by Stockard Channing. From the clips I saw, Channing's character is pretty un-PC, which is probably why the show didn't get picked up. And why I want to see it.

Gotham (2012)
Fantasy show in which a female cop finds a magical world within New York. Don't know much about it but I do wonder what would have happened with the Batman origins show that would appear two years later.

The Vatican (2013)
Ridley Scott directed pliot that would have aired on Showtime. It follows Kyle Chandler as a progressive Cardinal from New York. Controversial before it was even shot, this was ditched and never aired. 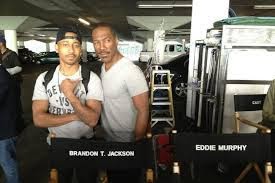 Another highly sought after pilot for me. This follows the son of Axel Foley who, to try to get out of the shadow of his dad in Detroit, transfers to Beverly Hills. Because, obviously that makes sense. Includes a cameo by Eddie Murphy and directed by Barry Sonnenfeld. I can only find behind the scenes photos of this thing (like the one above) but I want to see it, big time.


There are surely more and I am discovering new unsold pilots all the time so another part of this wish list may appear at some point.